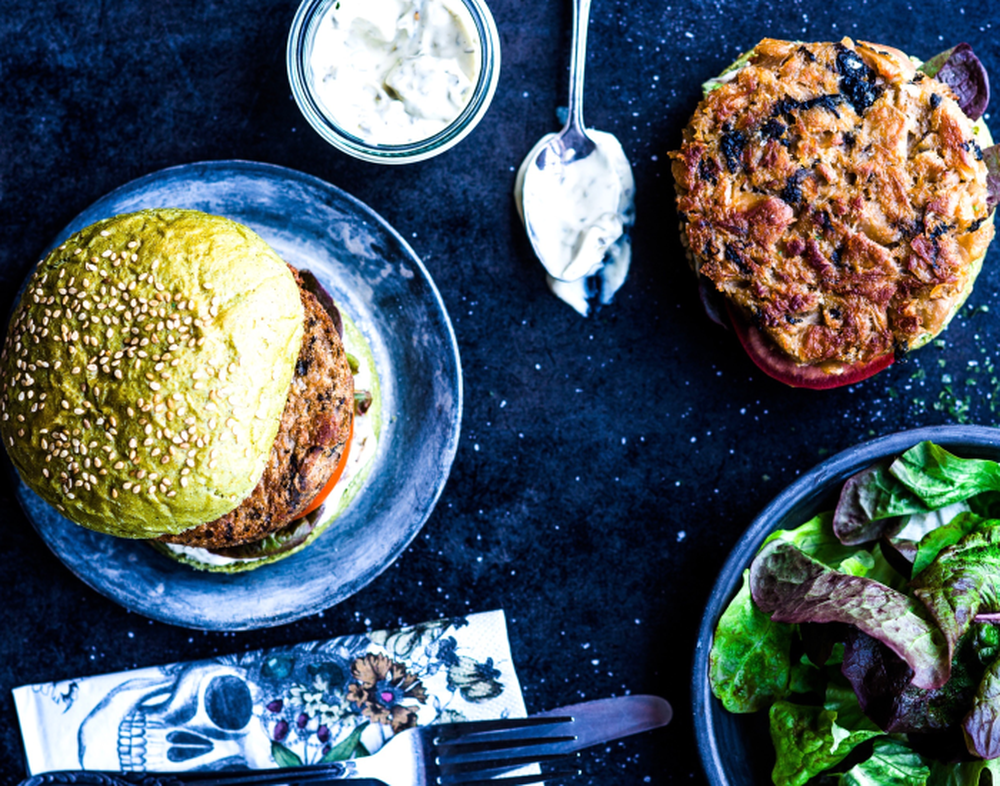 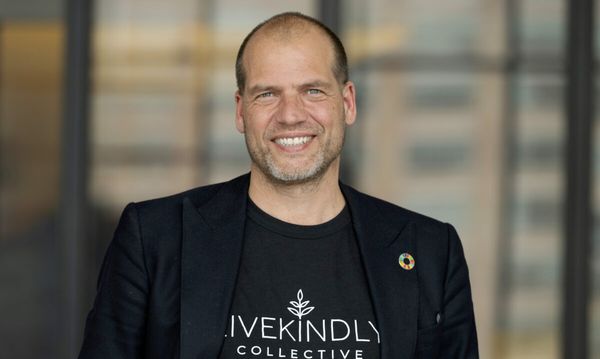 A blind spot. This is how Kees Kruythoff describes the damage caused by our global food system. For years he hardly thought about the consequences of it. “I ate meat, drank milk and didn’t really think about it. Until other people – including my own daughters – started to talk about this. I dived into the matter, read some books and it really opened my eyes. If you knows the facts, it’s no longer possible to look away.”

Chicken as the most inefficient factory.

Kruythoff effortlessly sums up some of those harmful facts. How 90 percent of deforestation in the Amazon is the result of soy cultivation. That soy is mainly used to feed animals, such as cows and chickens. For the production of 1 kilo of meat, 5 kilos of vegetable feed is needed. He calls the chicken the most inefficient factory there is. “Eating them leaves only 20 percent of the original protein. I see the chicken as the middle man we need to get off the food chain.”

In the recent two years he did this as CEO of LiveKindly, a scale-up that managed to raise 538 million euros in investments money. With that cash, vegan brands such as LikeMeat, The Dutch Weed Burger, Oumph!, The No Meat Company and Fry Family were bought.

‘By joining forces, the company is speeding up the transformation to a plant-based food system. We have formed the right teams, factories are running and the digital infrastructure has also been set up. This was a good time for me to take a step back. But the company is built to last and I will remain closely involved in the mission of LiveKindly.”

It has become the personal mission of Kruythoff: fixing the global food system. “The system is designed for a world population of 3 to 4 billion people. We are now heading towards 8 billion and it is expected to be about 10 billion by 2050. To provide all those people with good, safe and sufficient food, we have to drastically reorganize the system.”

There is certainly no lack of initiatives. But Kruythoff recognizes that the transformation should go faster in terms of pace and scale. ‘Many startups and scale-ups are working on affordable solutions. The LiveKindly brands do so, just as Alpro with their oat milk. In terms of taste they can already compete with the animal-based food competitors. But it’s all going too slow. Traditional food producers are still making enough profits, so the need for change is not felt sufficiently. Unfortunately, Covid has further delayed this transformation.”

Damned if you do and damned if you don’t. According to Kruythoff, the innovators dilemma plays an important role in the transformation of our food system. Existing parties know they have to change, but rather stick to their legacy if it comes to investments and resources. So, it remains business as usual. But Kruythoff thinks the turnaround is fast approaching. Not only consumers are demanding for it, we also see the price of many types of meat is skyrocketing.

Some meat substitutes in Dutch supermarkets are now even cheaper than meat, according to data from research agency Questionmark. The researchers compared burgers, minced meat and chicken pieces at the six largest supermarkets with the cheapest associated meat substitutes. In February of this year, the vegetarian alternatives were cheaper or about the same in 44 percent of the cases. This percentage has risen to 66 percent.

Kruythoff: “In Germany, vegan chicken is now cheaper than organic chicken. My guess is all chicken products to be more expensive before the end of this year. I have always said that we will see a turning point around 2025. Then about 20 to 25 percent of this industry will exist of plant-based products. This will be the accelerator for exponential growth.”

But going from animal to plant-based isn’t the only solution in tackling the massive system bugs. A lot needs to be done when it comes to food waste, Kruythoff acknowledges. “About 1/3 of the food we produce is thrown away. Think about it for just a couple of seconds, this is completely idiotic. The further digitization of the food chain should largely solve this problem. By getting a better picture of all kinds of flows, producers and retailers can see where the waste is taking place.”

The availability and quality of food is also a problem. While much is thrown away in richer countries, people in other parts of the world suffer from hunger. And there is the obesity epidemic. In a country such as the United States, more than a third of adults are obese. “I believe that we need more personalized food. Less sugar, less salt and less salt and focused on the health needs of a specific person”, says Kruythoff.

Fixing the broken food system also means producing more locally. ‘Until a few years ago, almost everyone thought that we should organize the supply chain as globally as possible. Now that transport costs continue to rise, that sentiment is turning. Producing where the food is eaten sounds quite logical, right? Although this remains a challenge, because local usually means less scale.”

With Imagine, an initiative in which former Unilever CEO Paul Polman is also involved, Kruythoff wants to encourage companies to make a positive change. It’s a for-benefit business and foundation which helps shift global industries to combat climate change and inequality. “That process starts with courageous leaders. I want to say to them: ask yourself what positive contribution you can make. You’d rather not be remembered as someone who, while optimizing profits, left the planet in ruins for your kids.”