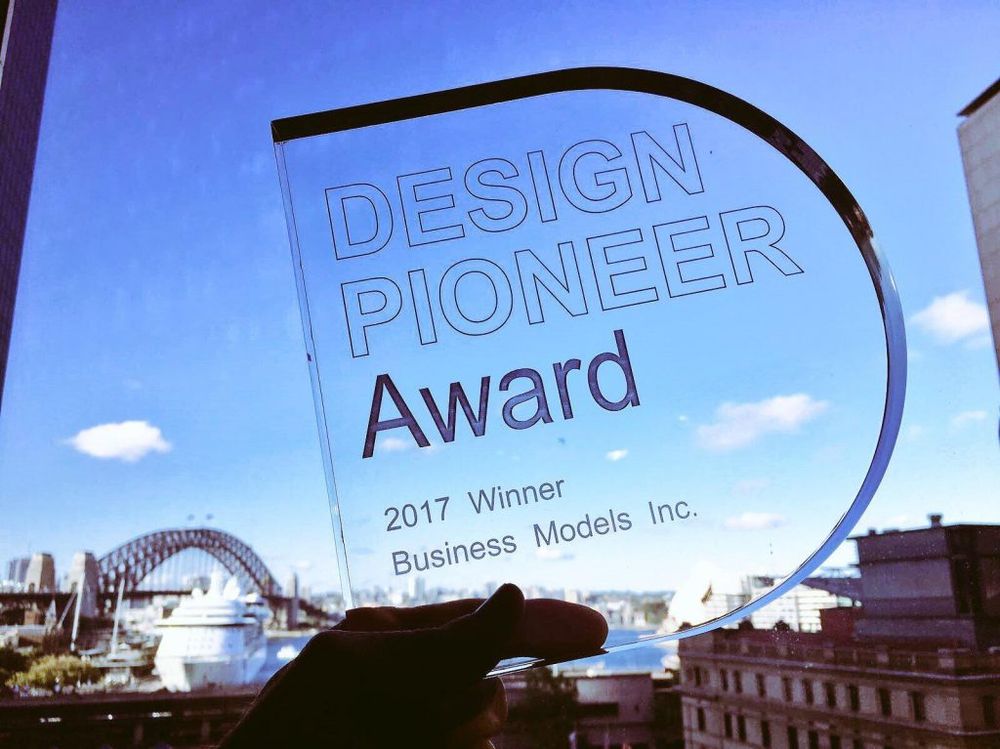 The international strategy and design company was recognised for its leadership in the field of ‘strategy design’ and its democratisation of design thinking tools. It has helped to kick start the role of design in strategy around the world, creating many of the tools and canvasses that are now used by start-ups and Fortune 500 companies alike.

“It is humbling to be recognised for the design journey that we have been on over the past decade. When we set out on this journey, we were simply exploring and testing new ways to make the design process more accessible for business people and entrepreneurs alike. It is a testament to the community of practice we have built that we are recognised for this work. Without them, none of this would have been possible.”

“Business Models Inc is not only an embodiment of innovation in business, but it has also worked tirelessly to share these insights and tools with other businesses around the world. It is a truly worthy recipient of this accolade, and we look forward to seeing the company’s many future achievements.”

Since inception in 2009, Business Models Inc has worked to advance design driven strategy at all levels of business and society across the globe.

Nationally, the company has collaborated with the Commonwealth Government’s Department of Employment to build human-centred design capabilities into the core of future policy development, as well as Queensland’s Department of Science, Information Technology and Innovation on its $7.5 Million Advancing Regional Innovation Program.

Internationally, the company has worked for CHILL – a global best-practice example of collaborative design.

Business Models Inc is an international strategy and design company that helps corporate organisations, entrepreneurs and startups innovate their business model and design strategies for the future through co-design and visualisation. Producers of the best-selling book, ‘Business Model Generation’, it has continued to build on its strengths as a thought-leader in design-led innovation. Its third book, Design a Better Business (www.designabetterbusiness.com), was released in September 2016. 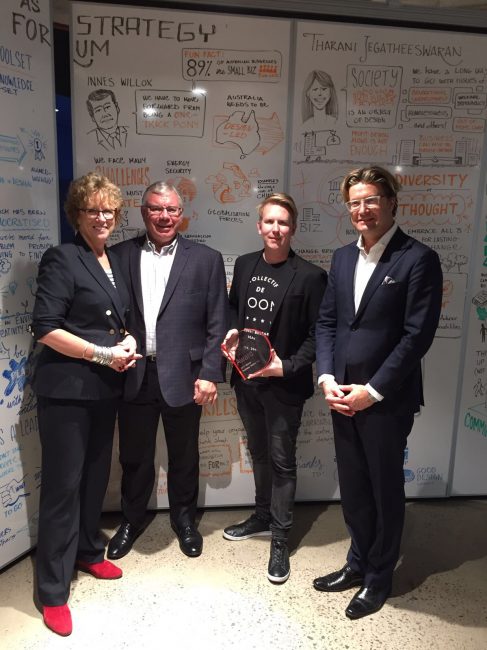