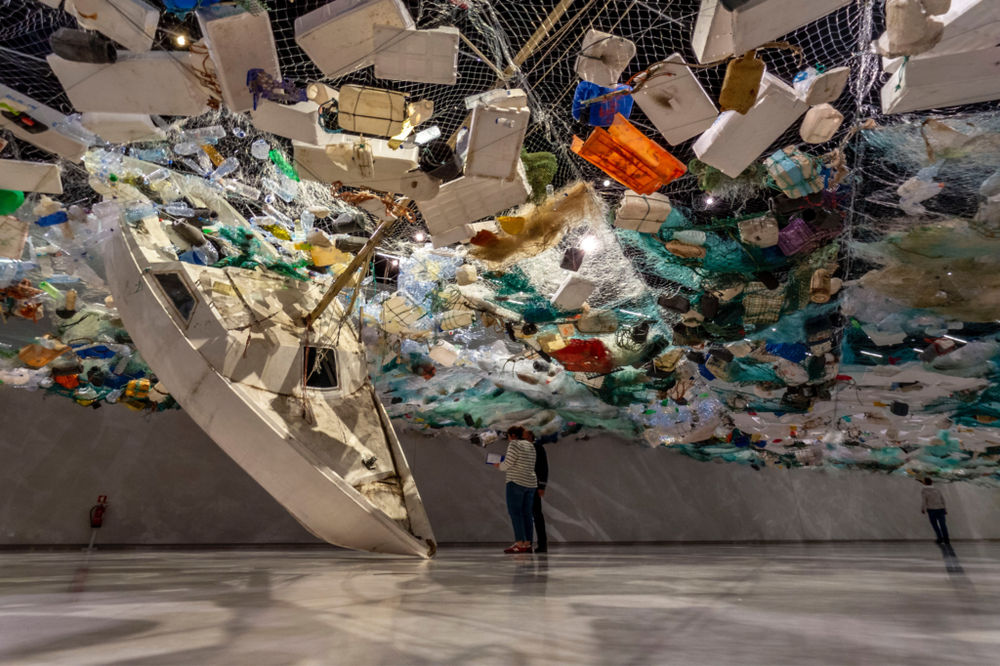 You may remember the film Wall Street, which came out in 1987. Michael Douglas plays Gordon Gekko, the businessman who puts profit one, two and three on his wish list. He prefers not to think too long about the consequences of that money-is-everything mentality. It’s doing business with full focus on the shareholders. Income, profit maximization and cost reduction determine the course of the company.

Wall Street is a movie and Gordon Gekko an enlarged character. Yet this Hollywood-businessman from over 30 years ago is in a sense still current. Many large companies now preach people, planet, profit. But when it really comes down to it, they still put shareholders first. These are the people who want to see results. And preferably already at the presentation of the next quarterly figures. Their constant hunger for financial growth distracts from what companies should really be about: creating value for customers, employees, partners and planet. So, to say a purpose-driven approach. We call the transition to these new business models the stakeholder shift. It’s the basis on which companies can continue to grow in a sustainable way, in order to ultimately secure their right to exist.

Shareholder value business models have some similarities. They’re usually about cost reduction, high margins and little loyalty between customer and supplier. It’s all about selling stuff, as much as possible. The harmful consequences for people and the environment are hardly taken into account. A simple example: for the production of one hamburger, approximately the same amount of CO2 is released when driving 16 kilometers with a new car that runs on petrol. Yet there is not a single hamburger producer in the world that really takes responsibility for this. It is the same kind of business models that cause the major social problems of our time. Think of income inequality, unhealthy eating patterns and – last but not least – climate change.

On the other side of the game board, we see the stakeholder business model. This isn’t only aimed at the shareholder, but – what’s in a name – at all parties with which the company is in contact. Including our planet and society as a whole. The goal is to offer customers an ultimate product with excellent service. Something that makes them happy, that solves a real problem for them. Employees receive attention, are paid above average and can develop themselves. The high-level management is mainly concerned with the long term. Limiting damage to people and planet is not a propaganda tool for the greenwashing department, the company has firmly anchored these values ​​in their vision and strategic objectives. It mainly wants to ‘do good’. So, now say for yourself: which company do you want to be? And which company would employees like to work for? We think you know the answer.

Fortunately, sentiment is rapidly changing. Business models that suffer the planet or people’s health and well-being are losing the race. Their short-term gains might obscure that, but we firmly believe that companies that create long-term value for all their stakeholders are the winners of tomorrow. They are much more profitable in the long run. More and more companies are already showing this is possible. That you can actually design a business model that isn’t only successful in terms of financial growth, but also contributes to a better society. One of those sustainable front runners is Patagonia. With annual sales of $1 billion, it’s one of the most successful outdoor clothing brands in the world. Remarkably enough, the company calls on its customers not to buy too much of its products. Patagonia employees even drive RVs across the United States to repair damaged clothing. ‘We’re in business to save our home planet’ is the mission of this purpose-driven company. At the same time, the CEO understands that scale is necessary to make a real impact.

Another example is TOMS Shoes, inventor of the one-for-one business model. For every box of shoes sold, the company gives away a pair to poor children in Argentina for free. The concept became an instant hit after its launch. In its first year, TOMS Shoes handled more than 10,000 orders. We should also mention Starbucks, a brand everyone knows. The American coffeehouse chain made a U-turn during the financial crisis in 2008, when the company took a hard hit. Values such as customers and community again took precedence over expansion and profit optimization. Today, the company pays a lot of attention to ethically responsible raw materials, the reduction of environmental impact and the development of its own people. Sure, Starbucks still wants to make a good profit. But the order has been adjusted: purpose above financial growth. Profit is the result of good behavior.

Do you also want to make a shift from shareholder to stakeholder? To start with, actively seek out your partners and work together as much as possible. Invest your own profit in their success, your own company will automatically follow. Talk about the values ​​you pursue and what you want to achieve together in the long term. Then measure the impact the company is already making and hold on to the learning curve. You don’t become a purpose-driven company overnight, it’s a process with trial and error. Be honest, does your company have the guts to embark on this journey? To develop a business model that really makes a difference in people’s lives? We challenge you.