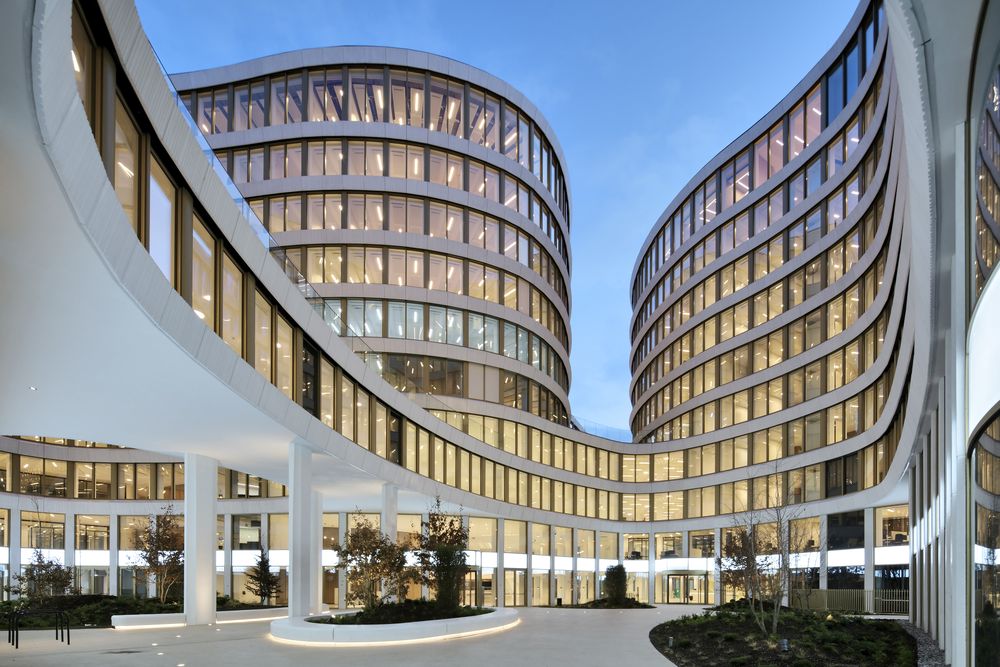 We were hungry for vision.

Our organization had gone through some pretty rough times in the recent past. You could feel that in the energy of the organization. The financial crisis had taken a toll, and a merger between two companies (BNP Paribas and Fortis Bank) had created a cultural disconnect – and I realized that our discussions were too focused on what had happened in the past. People were questioning our company identity. I, of course, agreed with my co-workers, but even those conversations were very difficult and even disruptive.

As a large ship sailing forward, we often don’t think we have much time for self-reflection. But I felt we needed to take a step back, describe our situation, and then get over it and get going. I didn’t mean sweeping our problems under the rug – we needed to talk about them and learn from them. And then we needed to move forward.

Reshuffle the focus to the future.

With all of our fears, uncertainties, and doubts, I felt that it was time to reshuffle the focus and start looking forward. Although as the CFO it was not necessarily my role, I decided to step up and make it happen. In fact, I think that anyone and everyone in our organization should be able to step up and take new and broader sets of responsibilities than what they were hired for. But, as the CFO, I was a bit perplexed: how could I focus on the future and not just the forecasted future the numbers usually tell? What would the future look like?

With changes happening rapidly in our world (the banking world), I knew one thing for sure: numbers would not tell the story we needed. Nor would numbers get people to believe in our future.

To me, it became clear that our future is not as much about numbers as it is about our story. And to rebuild our story, I needed not just number-driven IQ, but also emotionally-driven EQ. I needed to get people to let go of their negative emotions and build our future based on positive ones. We needed to build what’s in our DNA.

I was the one who stepped forward. is was quite extraordinary when you consider that my role was the CFO – a numbers guy. This, in fact, was the first time in my career that I felt the need to do this. Sure, I’d held leadership positions for a long time. But this bank is in my DNA and I wanted to design a future that would last. As much as I feel that people need to step out of their comfort zones and help steer the ship, I also believe you must feel somewhat comfortable stepping up and steering. That’s not to say you won’t be anxious the first time you step up. I know I was. But I believe being anxious enables you to be more open to new environments. You become sensitive to outside stimuli. And this is where you will find your vision. I did.

No clue how to do it.

Being operationally minded, I did not know how to shift our focus to the near-term future. In fact, nobody on our team did. But I felt that if I made the first step forward, we would figure out how to make the next step together. At this moment, I realized that I was actually creating a movement. As people joined, they created the energy we needed to take more steps. Even more people were drawn to this energy and joined us. We had no clear path ahead of us as we took those first few steps, but it felt good to create our own optimistic path. I also knew that most people in large organizations like ours would have a hard time joining movements like the one we started. It’s not that they don’t want to. It’s just that most of the time, executing today’s strategy using current information is the more comfortable path. That’s what we all learn to do in school, after all. But using yesterday’s information to execute yesterday’s strategy is a terrible excuse for not moving forward. All of the information in the world will not guarantee success if it’s based on yesterday. Sure, you can hire third parties to design your vision and strategy for you. But then you’re not taking responsibility for making it a success.

As I stepped forward, other people stepped up to help design our future together. As we all took those first steps together, I recognized that the most interesting ideas came from having people from different departments, with varying ideas, share with each other. We wanted to create something different from what we’d done in the past. We didn’t want to simply write our ideas down on a piece of paper, only for them to be forgotten in a few days. We believed that in order to live the vision, we needed to co-create it together and not wait for the Executive Committee. We wanted people from all levels of the organization to explore the story and tell the story.

Creating a vision with 250 people.

With various people from the organization, all of whom had other daily responsibilities, we began to forge our path forward. We collected information, talked to customers, and synchronized our stories on a map. It felt to me that we had the beginnings of a strong vision.

We hosted a two-day “Management University” event later that year: an opportune time to share our collective stories with one another. This was not a small event. Management University brought together 250 people from all over the organization and all over the world to have conversations about the future of the bank. I thought it was the perfect time to share and validate the vision I and my (now) 35-person core team had been working on for the past year. We all stepped up to the raised bar.

Each person, as part of our movement, had to tell a part of our story to the other 250 people in the audience. And, to make it more inclusive, we decided not to use a regular stage. Instead, we opted for a 360-degree stage with the presenters standing right in the middle – at the heart of the conversation. To raise the stakes even more, we decided not to use slides at all. We would give TED-style keynotes that were meant to inspire our teams.

Business Models Inc. was involved in the design of the new strategy at BNP Paribas Fortis. The case study is described in more detail in our book “Design a Better Business.“